The Man In the Brown Suit

You are here: Home1 / Events2 / Listening Parties3 / The Man In the Brown Suit 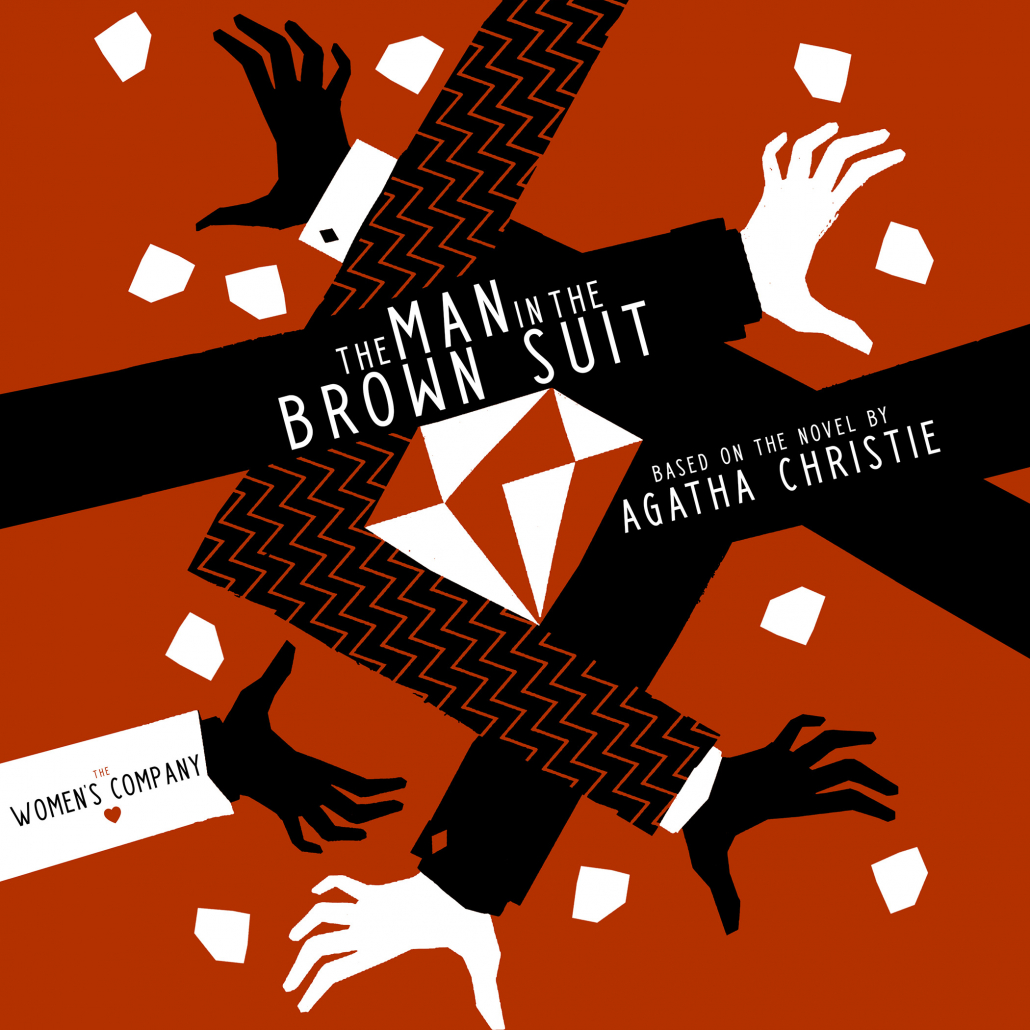 The Man in the Brown Suit

By Agatha Christie | Performed by The Women’s Company

Anne Beddingfeld has come to London looking for adventure. It soon finds her when she witnesses a death in the London Underground, and an unknown man in a brown suit flees the scene.

Armed with only the smallest of clues, her wits, and her gumption, Anne’s journey will take her from the English countryside to the heart of Africa as she tracks down the mysterious man and attempts to bring a killer to justice.

Inspired by the Republic film serials of the 1940’s and the classic radio adventures of the early 20th century, The Man in the Brown Suit is a story for anyone seeking mystery, romance, and adventure.

Learn more about The Women’s Company

A Note on the Recordings

Conceived during the COVID-19 pandemic, The Man in the Brown Suit is an audio production recorded and edited entirely in isolation. Each actor recorded their role, at home, on the equipment already available to them (in many cases, a cell phone). As expected, this does lead to some variable qualities, as well as flaws in the audio. The production team has done our best to mitigate most flaws, however they are impossible to eliminate entirely. Every errant click, or hiss, or echo, or likewise, we ask that you think of as a sign of passion and dedication. These are the maker’s marks of a team of actors dedicated to bringing you a little adventure when you needed it most. We hope you enjoy the show.

A Note on Context

Agatha Christie is the best selling author of all time. Her work spans 66 mystery novels, 17 plays, 14 short story collections, 6 romance novels, a handful of nonfiction works, and nearly eight decades of the 20th century. She was a master of her craft and her work stands as a testament to her talent. In an essay for Ploughshares at Emerson College, Christine Ro sums it up nicely:

“Christie should be lauded not just for the intricacy of her plotting, but for her wit, her characterizations, and her ability to distill truths about human nature into a single sharp sentence.”

However, she goes on to say “… there’s also a lot about Christie for the contemporary reader to dislike. The books are at various points nakedly anti-semitic, racist, sexist, and homophobic–even if it was uncommon to use these terms at the time she was writing.” Published in 1924, The Man in the Brown Suit is no different, and it is vital that the story be contextualised and discussed, especially in the adaptation process.

The novel presents colonial Africa as a world of adventure and danger without acknowledging the brutalities of the system or the long term effects of colonial rule. Despite being set 25 years before the formalisation of apartheid, it is easy to glimpse between the lines on the page. There are discussions of “workers” at the De Beers’ diamond mines and how they are treated, but the topic is treated as a thrilling story rather than a horrifying reality. Indigenous African characters are rarely featured, and when they are they conform to old racial stereotypes. The novel’s treatment of this world through a lens of adventure denies the brutality of colonialism, as well as how it laid a legacy of racial inequality.

‘At the time,’ of course, is one way that scholars and readers have sought to excuse the sins of great authors. As products of their time, the thinking goes, prejudiced and ignorant tendencies can be viewed more benignly. This argument only works up to a point. Social progress happens because groups and individuals take a stand against prevailing prejudices. And it seems fairer to an author’s legacy to acknowledge what makes their works distasteful, along with what makes them great. Attempting to sweep something under the carpet is a superficial way of disengaging from what may be an important aspect of that body of work.

The Women’s Company has made several changes to the contents of the show in adapting it from the original novel. The majority of these changes were the removal or alteration of racist and ignorant language and stereotypical depictions of some of the indigenous African characters. Some specific examples were:

These elements are not intrinsic to the contents of the story, but they serve as a painful reminder of the colonial reality of the time. We do not believe any of those choices in the novel were made with malicious intent. Agatha Christie was an extensively well-traveled woman, and it is in the small moments pulled from her actual trip across southern Africa where her love for the continent and its people shines. Rather, most of these issues appear to come about through an ignorance to the realities of colonialism and a reliance on the more prejudiced elements of adventure fiction of the time period. Regardless, these depictions and language are racist, prejudiced, and ignorant. They were wrong then and they are wrong today, and we feel that to make alterations in the adaptation without an explanation and a denouncement of those original elements would be irresponsible.

We welcome anyone who would like to continue this discussion about the production, the original novel, or Agatha Christie and her legacy.

We can be reached at womenscompanyregina@gmail.com

Like many artists across the world, The Women’s Company was hit hard by the COVID-19 pandemic. We were in the preliminary stages of many projects, both as a company and as individual members, as well as in the midst of co-producing a new play to premiere at the 2020 Edmonton International Fringe Festival. Overnight, we all lost jobs and projects across the country.

When it became clear that this would not be just a two-week lockdown and a few precautions, we shifted gears and began to think about a project that could be done in isolation. Eventually, we arrived at the idea of an audio drama, based on a classic work of literature, something that anyone could access for free during isolation.

To our surprise and delight, a few of Agatha Christie’s earliest works had passed into the public domain in 2020, and were available from Project Gutenberg. I have read many Agatha Christie books in my life, but I was interested to see one I hadn’t encountered before, an early novel called The Man in the Brown Suit.

Interestingly, The Man in the Brown Suit is not a typical Agatha Christie mystery novel. Rather than the manor houses, complex puzzles, and experienced detectives (be they amateur or professional); The Man in the Brown Suit is an adventure story in the classic style. There is a mystery to be sure, but there is also romance, action, and globe-trotting adventure.
It is also one of her most personal novels. The book has many parallels to the incidents and settings of a round-the-world work trip taken by Agatha Christie with her first husband, Archie Christie, and headed by his old teacher from Clifton College, Major Ernest Albert Belcher.

Dining with the Christies before the trip, Belcher had suggested setting a mystery novel in his home, the Mill House, and had insisted on appearing in the story as well. While he is the inspiration for the central character, Sir Eustace Pedler, many other characters that appear in the novel are pulled directly from Christie’s life as well. Major Belcher’s secretary, Mr. Bates, is certainly the inspiration for the character of Guy Pagett. Likewise, the hot-headed Harry Rayburn bears a striking resemblance to Archie Christie. However, it is in the young and adventurous Anne Beddingfeld that Christie draws her most successful fictionalisation… of herself.

While a rollicking adventure on its own, The Man in the Brown Suit presents a secret snapshot of that time in Agatha Christie’s life. She has captured her own youthful hopes, lust for adventure, and the romantic ideal of her husband, but this would all soon come crashing down around her. Just over a year after its publication, Agatha Christie vanished in the night. The subsequent police investigation would uncover a very public affair between Archie Christie and Nancy Neele, another former associate of Major Belcher. More than a thousand police officers, 15,000 volunteers, and several airplanes searched the countryside, and Christie’s disappearance was featured on the front page of The New York Times. When she was discovered 11 days later, she was checked into a hotel in Yorkshire under the name Mrs. Neele from Capetown, South Africa. Four months later, she finally granted Archie the divorce he had privately asked for months earlier.

Of course, Agatha Christie would go on to become an incredibly renowned novelist and playwright, eventually becoming the most successful novelist in history. Just over a year after her disappearance, Agatha boarded the Orient Express to Baghdad where she met Max Mallowan, an archaeologist 13 years her junior. They were married within a year. She accompanied Mallowan on his archaeological expeditions, and her travels with him provided inspiration for many of her novels, including Death on the Nile and Murder on the Orient Express. They remained married until her death in 1976 at the age of 85. Through all the heartbreaks and struggles, successes and failures, Agatha always remained, at heart, a true adventurer.

Special Thanks from the Production Team 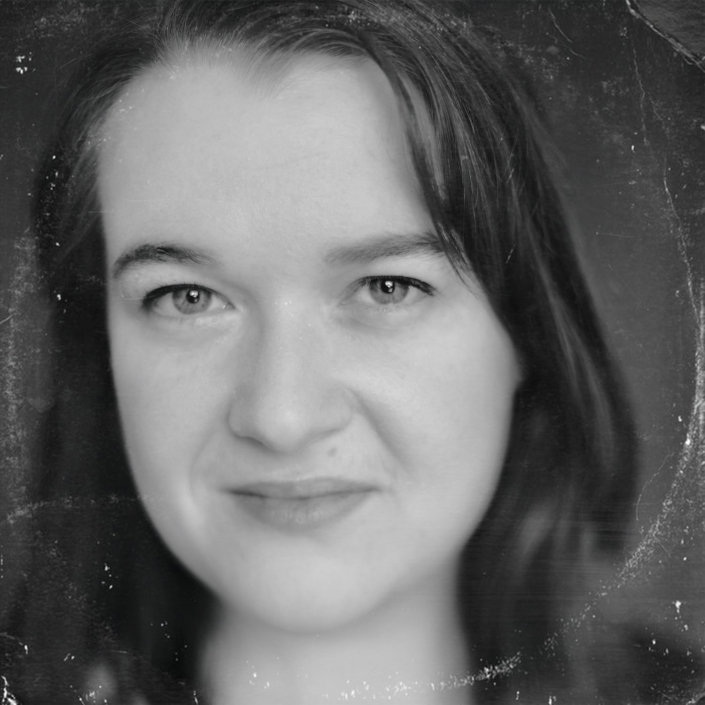 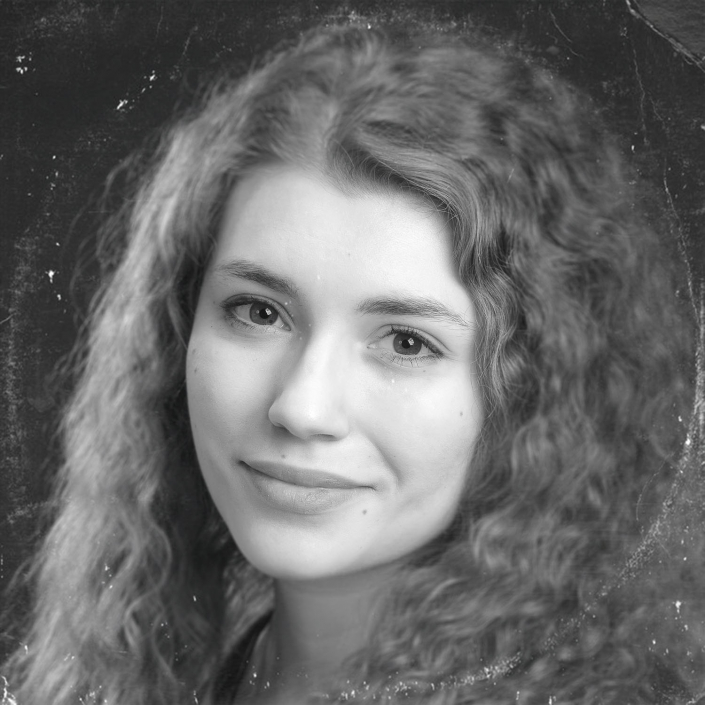 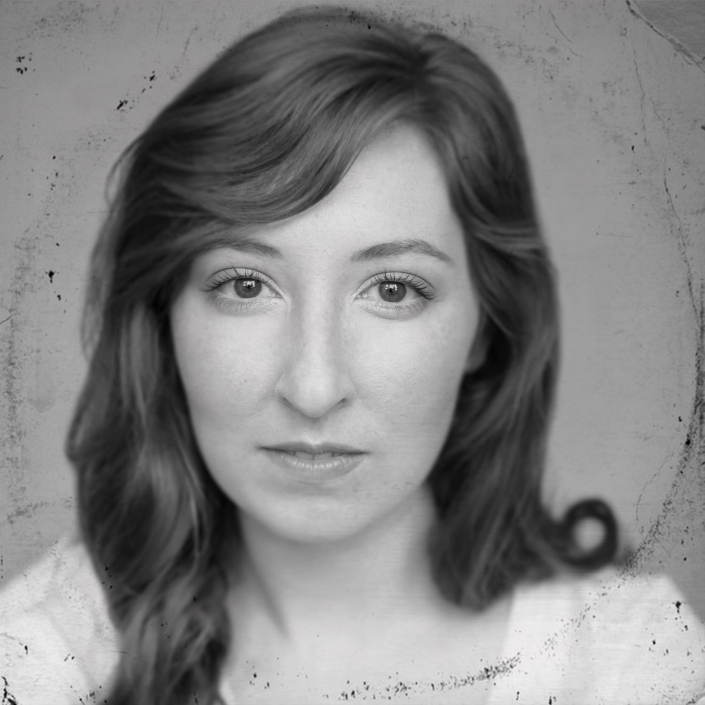 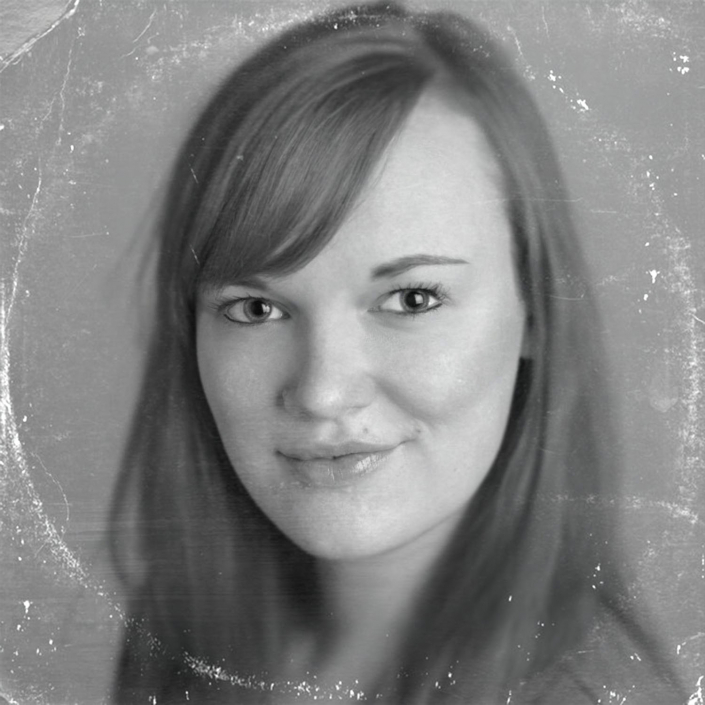 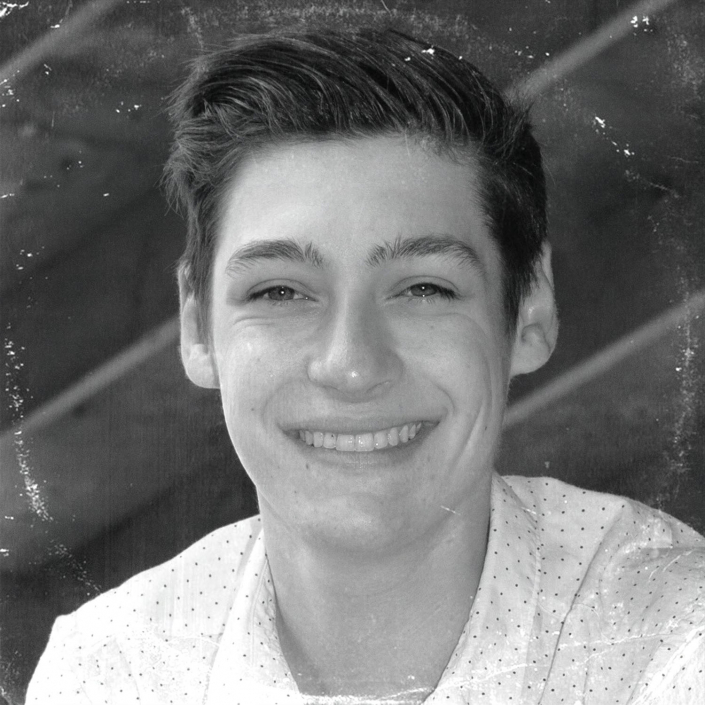 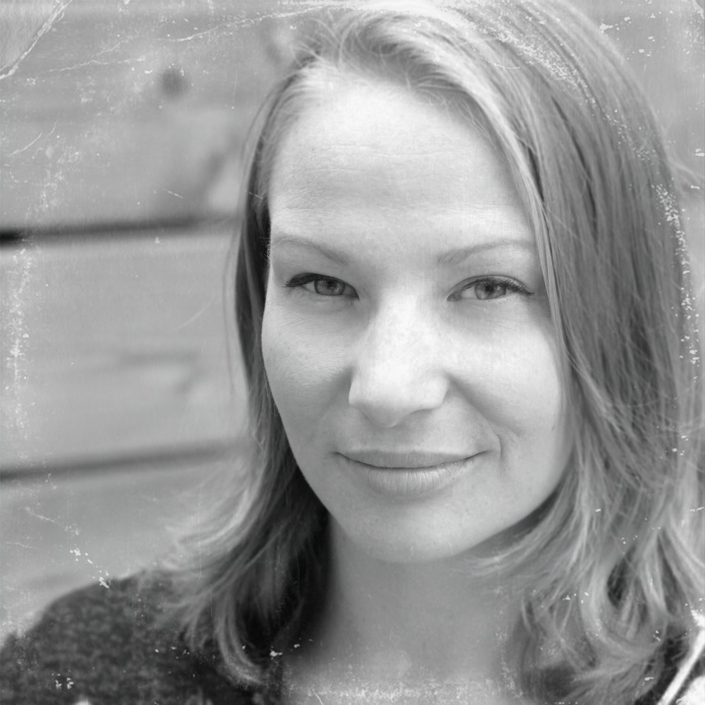 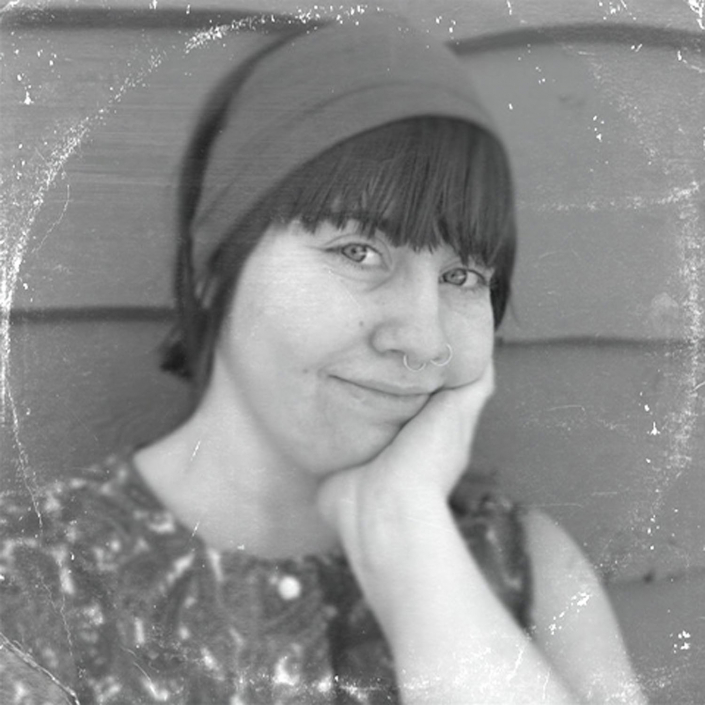 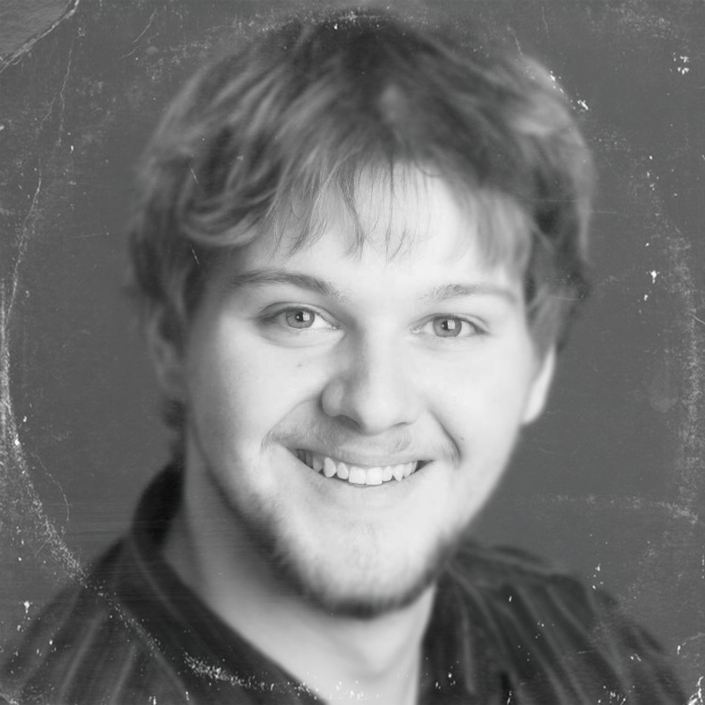 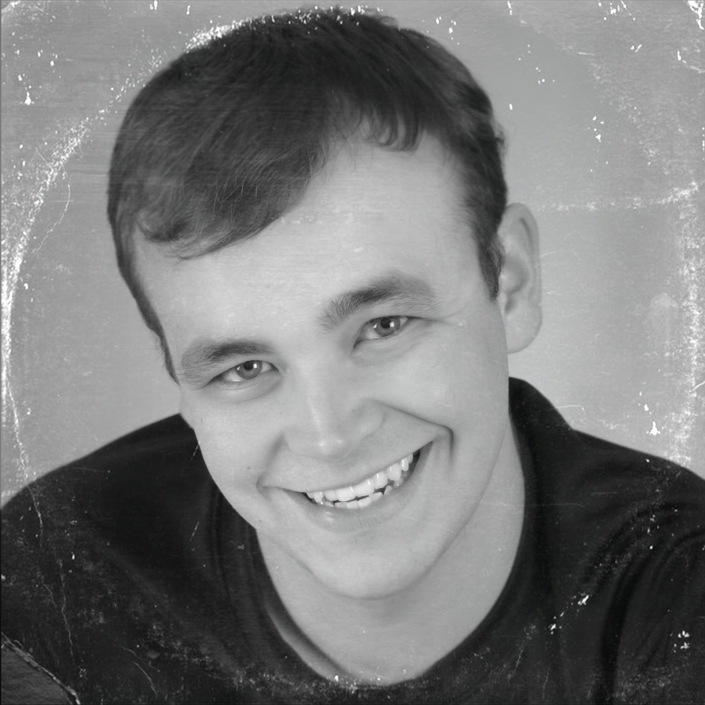 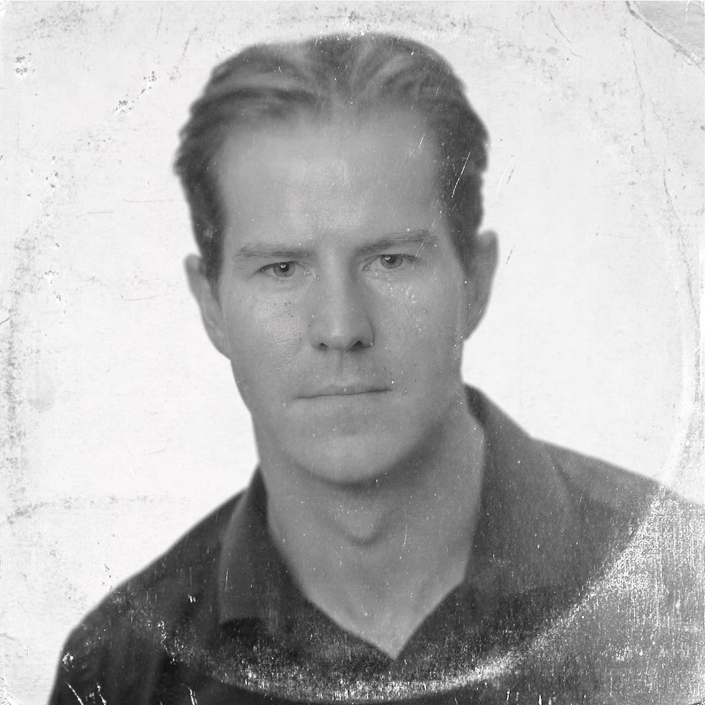 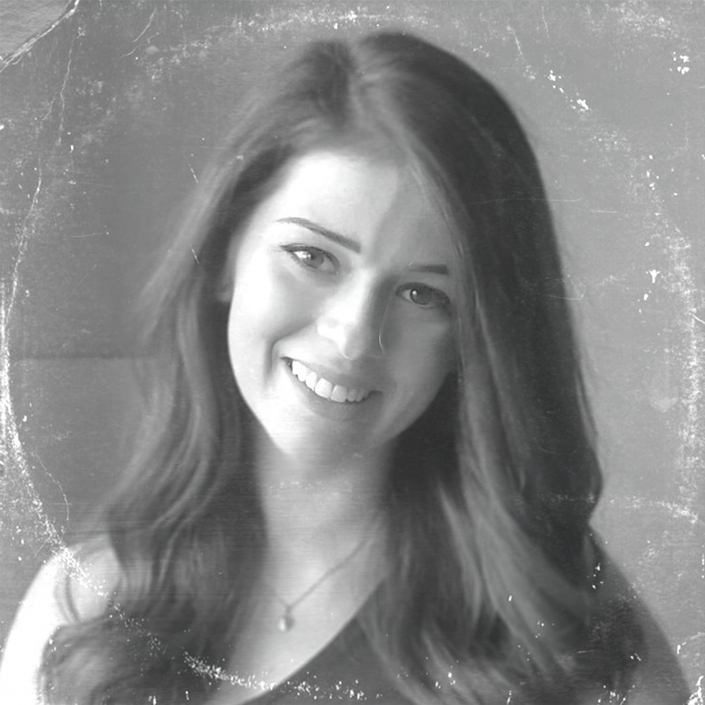 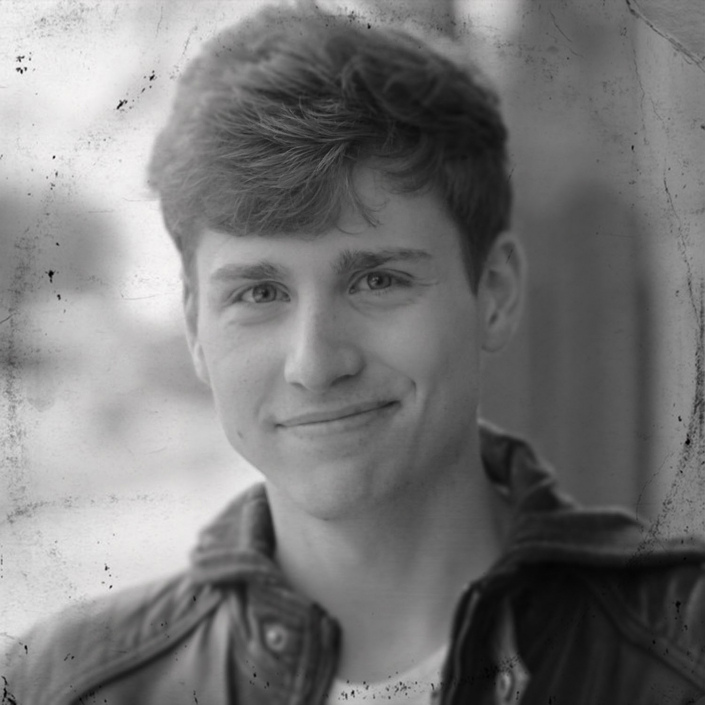 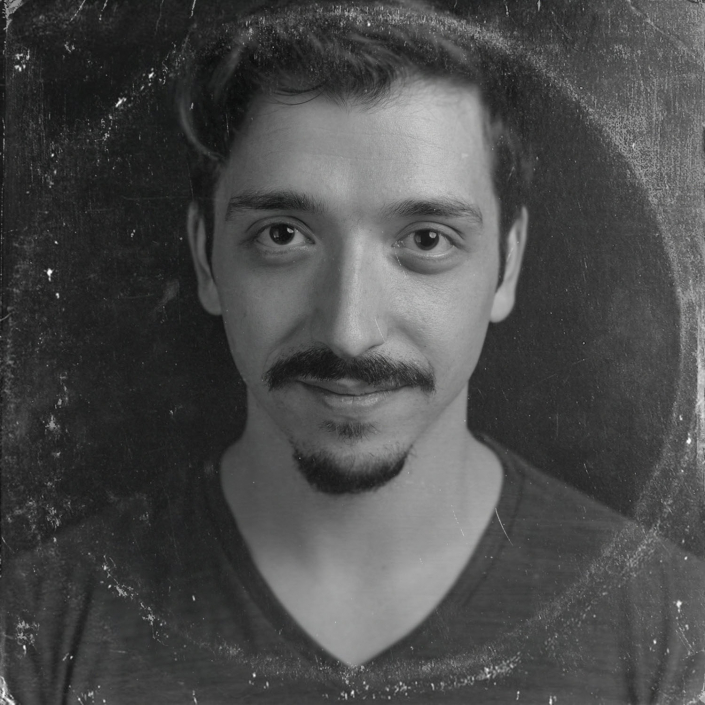 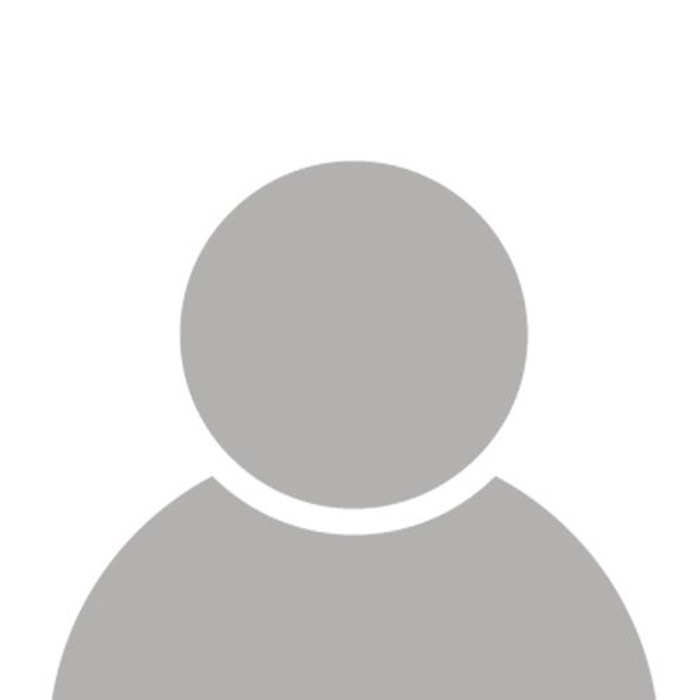 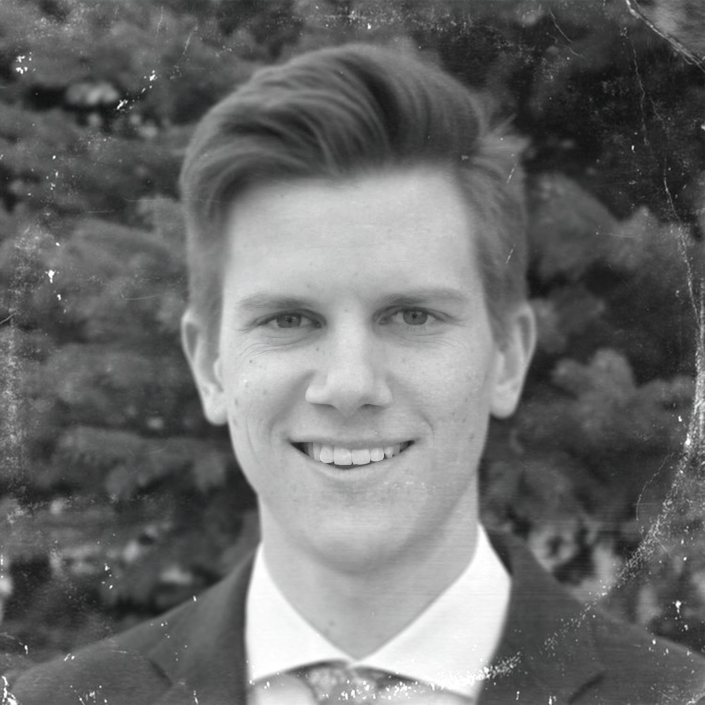 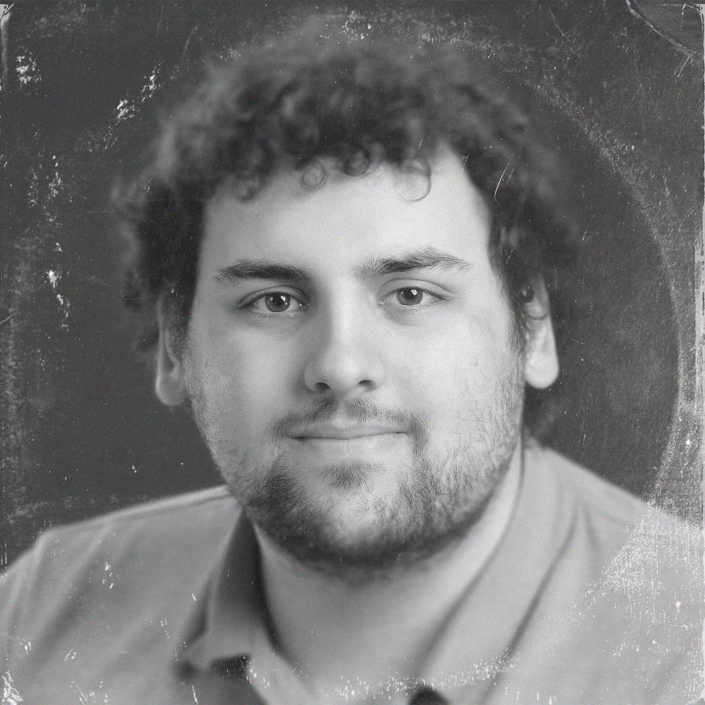 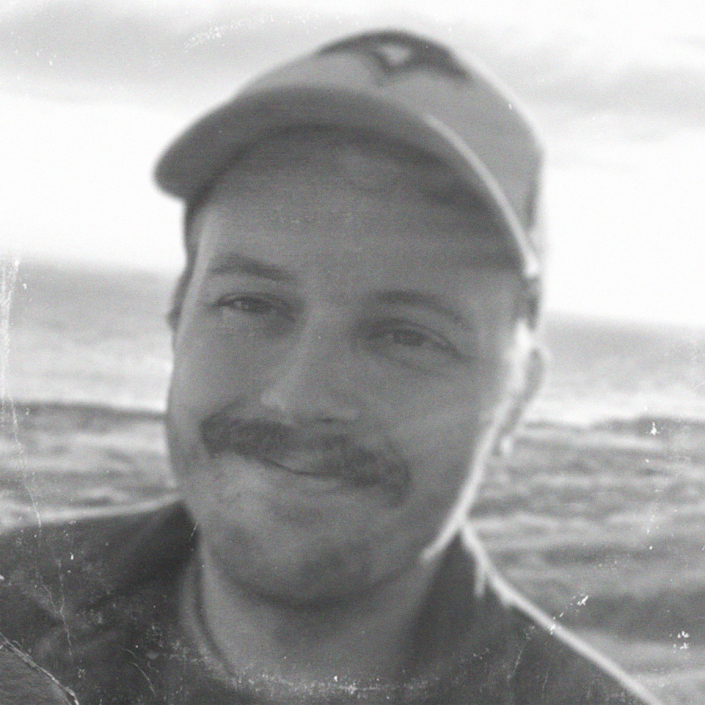 Based on the Novel by 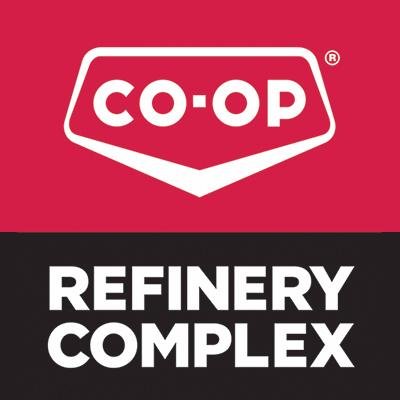 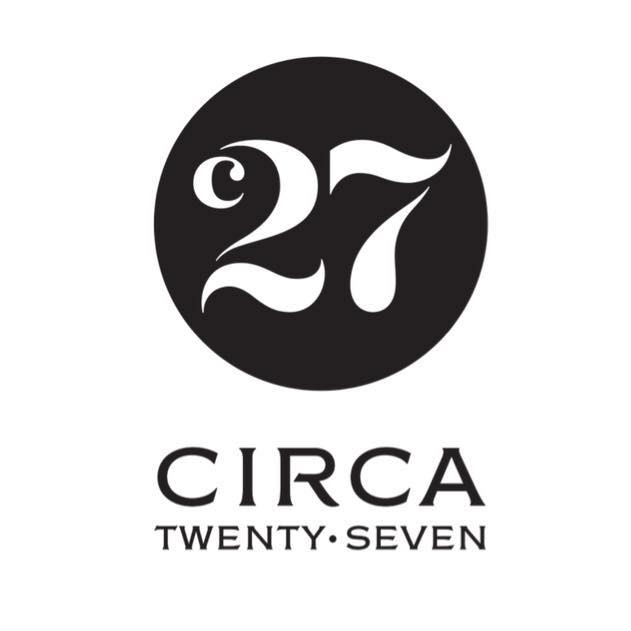 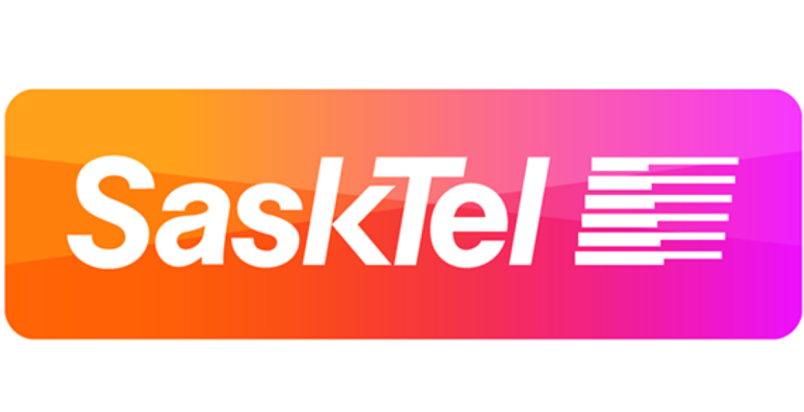 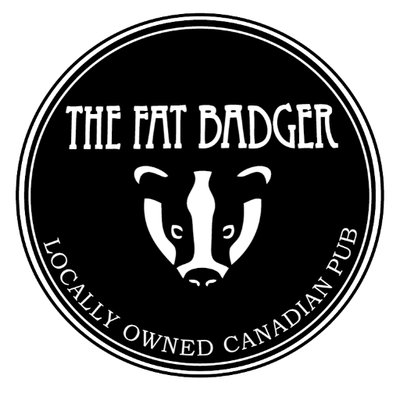 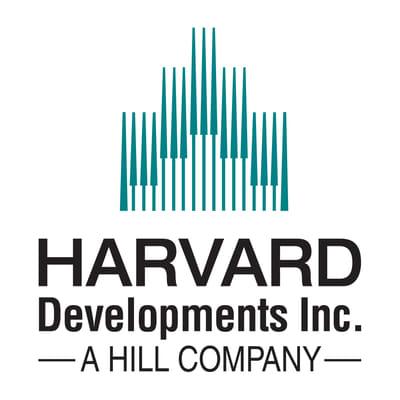 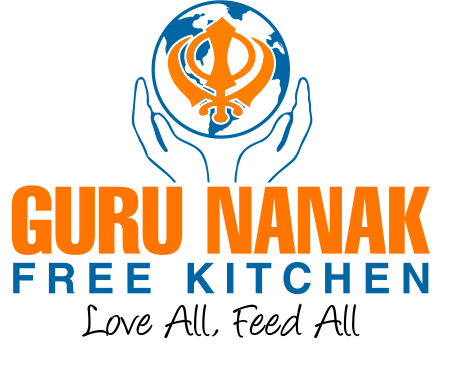 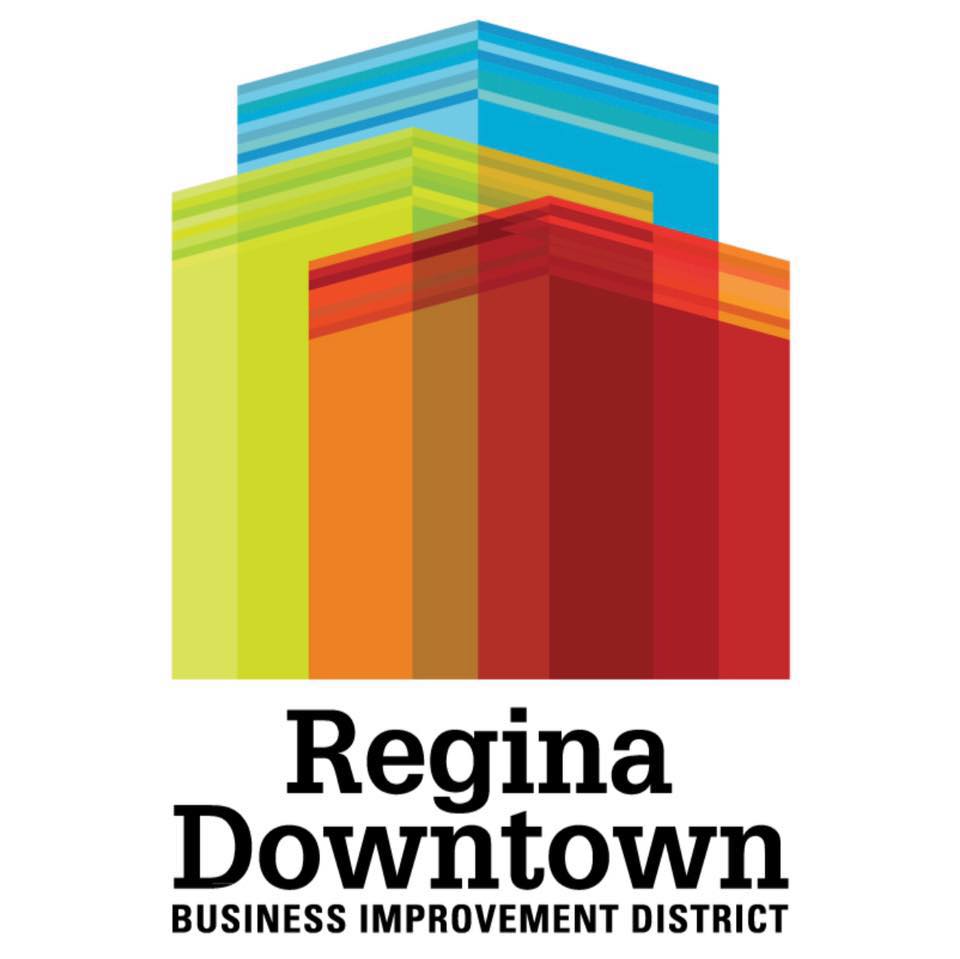 For more information regarding the Art Out Loud Festival, please contact the Globe Theatre Box Office. 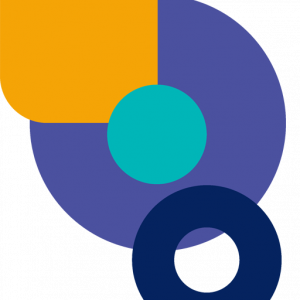